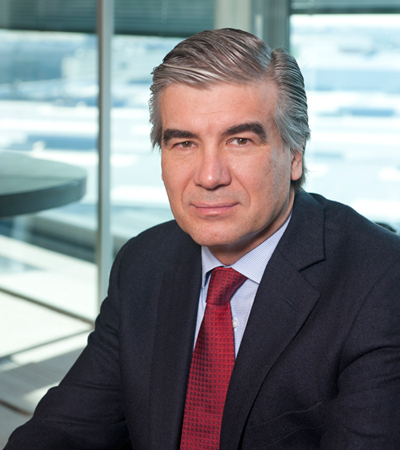 He is an Industrial Engineer, Mechanics speciality, from the University of Barcelona, and has an MBA from the IESE Business school. He also studied Top Management programmes in the USA and Germany.
Since 2018, he is the executive chairman of Naturgy.

Prior to this, he has been a Board Member of Gas Natural Fenosa, Aguas de Barcelona, Segur Caixa Holding, Boursorama, Adeslas and Port Aventura.

We use cookies to improve your online experience. By continuing to use our website we assume you are OK to allow the use of these cookies. More information